In the heart of Paris, opposite the Tuileries Garden, lies one of Dorchester Collection’s gems; Le Meurice. Le Meurice, the first Parisian Palace hotel, has presided over Rue de Rivoli since 1835.
Since its creation, Le Meurice has carried a sense of the grandeur and splendor of Versailles, of Kings and Queens, Patrons and artists, enthusiasts and adventurers – and has been perfecting l’art de vivre into a fine art for over 180 years.
Here, the past and present meet with both humour and glamour, the style of the Grand Siècle encounters Philippe Starck’s signature surrealist style. The private spaces resemble an 18th century Parisian home, a tailor-made jewelry box devised by Charles Jouffre, dedicated to providing comfort day and night.
Highly acclaimed by food writers worldwide, the two Michelin-starred restaurant is a magical place where you will taste both audacious and unpretentious menus and enjoy a harmonious and healthy Haute cuisine. Just steps from Place Vendôme and rue Saint-Honoré, where luxury boutiques and young designers abound, Le Meurice is a source of inspiration for those enamored with the cultural, emotional and sensory exuberance of the French capital.

Le Meurice is a hotel palace located in central Paris. It offers a 2-star Michelin restaurant as well as a spa and a fitness centre with massage treatments.

Decorated in a 18th century style, with Louis XVI furniture, aach air-conditioned and soundproofed room has a classic decor with a modern twist and a marble bathroom.

Alain Ducasse is the chef of Le Meurice’s restaurant, which proposes gourmet French cuisine. Meals are served in the grand dining area, whose décor is inspired by the Salon de la Paix of the Château de Versailles, revisited by Philippe Starck.

Le Dali Restaurant, serves meals throughout the day, and guests can enjoy a cocktail in the Bar 228, which offers 300 different kinds of drinks and live jazz music every evening. On site, there is also a fitness centre and spa run by the luxurious Swiss brand Valmont.

Place de la Concorde and the Champs-Elysées are a 5-minute walk away, and the Louvre Museum is just 600 metres from the hotel. Tuileries Metro station is 100 metres away, giving direct access to Bastille and La Defense. 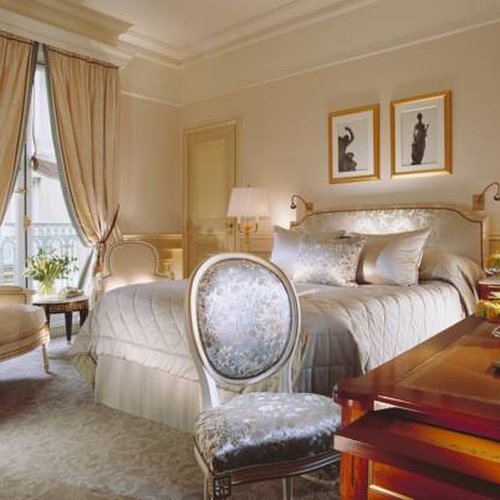